by Ebiakuboere England
in Entertainment, Movie
Share on WhatsappShare on FacebookShare on TwitterShare on Telegram

Popular Nollywood actress, Ada Ameh is reported dead, she died in Warri, Delta State around 11 pm on Sunday. This was disclosed by a source who pleaded anonymity on Monday morning. 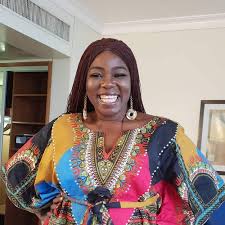 Recall that the actress had been battling with her mental health after the loss of her daughter which she confirmed to the media.

Here are eight things you probably do not know about late Actress Ada Ameh:

2) Ameh, a native of Idoma in Benue State, was born and raised in Ajegunle, Lagos State.

4) She was a Nigerian actress who spent more than two decades in the Nigerian movie industry and is most notable for her character as Anita in the 1996 movie titled “Domitilla”.

5) She played the role of Emu Johnson in the award-winning TV series titled The Johnsons.

6) Ameh In The Johnsons Tv series featured alongside other Nollywood actors such as Charles Inojie, Chinedu Ikedieze & Olumide Oworu.

7) Ameh In 1995 officially became part of the Nigerian movie industry Nollywood and received her first movie role in 1996 when she played the character Anita in the movie “Domitila”; a movie that eventually became a successful and solid project.